In the Law of Moses, we find Jesus (God) pleading with the Israelites to become atheists. In other words, atheism is one requirement for justification.

Surprisingly, Jesus (God) sought to get the Israelites to be atheists because they came from Egypt, a country where idolatry is rampant.

Thus says Yahweh, King of Israel, and his Redeemer, Yahweh of hosts is His name. "I am the First and I am the Last, and apart from Me there is no Elohim." (Isaiah 44:6 CLV)

The atheists of today who deny the existence of any deity would have been welcome in Israel as a role model in an area of deep grief to Jesus (God). The atheists of today who take a neutral stand would not have been welcome in Israel because they do not interfere with any religious practice of anybody. Therefore, being an atheist who denies the existence of deities gets someone closer to Jesus (God). Such atheists are intelligent in a way because they are right in tune with Jesus because God the Father and YHWH God (Jesus) made humankind just like Themselves (Genesis 1:26-27, Psalms 82:6-7). Again, we are brothers to YHWH God (Jesus), as we learn it when Jesus taught the Disciples how to pray in the phrase 'our Father who is in Heaven' (Luke 8:21, Hebrews 2:10-13).

Genesis 1:26-27 ASV
(26)  And God said, Let us make man in our image, after our likeness: and let them have dominion over the fish of the sea, and over the birds of the heavens, and over the cattle, and over all the earth, and over every creeping thing that creepeth upon the earth.
(27)  And God created man in his own image, in the image of God created he him; male and female created he them.

2 Corinthians 4:3-4 ASV
(3) And even if our gospel is veiled, it is veiled in them that perish:
(4) in whom the god of this world hath blinded the minds of the unbelieving, that the light of the gospel of the glory of Christ, who is the image of God, should not dawn upon them.

John 3:16 ASV
(16)  For God so loved the world, that he gave his only begotten Son, that whosoever believeth on him should not perish, but have eternal life.

Ephesians 5:6 ASV
(6)  Let no man deceive you with empty words: for because of these things cometh the wrath of God upon the sons of disobedience.

Luke 8:21 ASV
(21) But he answered and said unto them, My mother and my brethren are these that hear the word of God, and do it.

Hebrews 2:10-13 ASV
(10)  For it became him, for whom are all things, and through whom are all things, in bringing many sons unto glory, to make the author of their salvation perfect through sufferings.
(11)  For both he that sanctifieth and they that are sanctified are all of one: for which cause he is not ashamed to call them brethren, (12)  saying, I will declare thy name unto my brethren, In the midst of the congregation will I sing thy praise. (13)  And again, I will put my trust in him. And again, Behold, I and the children whom God hath given me.

GOD IS THE ATHEIST

Jesus is the exact image of God. And He is God. Jesus is The Atheist. I am made at the image of God. I am a god. You are a god. We are fashioned at the image of YHWH (Jesus) and God the Father. Jesus says that I am a god. Jesus calls me His brother because we have the same God Father. Jesus as YHWH says that He is God and none other besides Him. Hence, Jesus (YHWH) is the ATHEIST. I am an atheist because my God is The Atheist. I will not be saved if I am not an Atheist like my God!

Only the one with a lack of understanding or with blindness irrationally claims that His God Maker Jesus does not exist.

What is the reason that explains the lack of faith or belief on earth? 2 Corinthians 4:3 states that Satan is responsible for the blackout of the faith. How? "The god of this world hath blinded the minds of the unbelieving, that the light of the gospel of the glory of Christ, who is the image of God, should not dawn upon them".

The unbelieving whom Satan blinds the mind includes all shades of atheists, yet the atheist denies any spiritual influence whatsoever and even denies the existence of Satan the influencer. Claiming to be an atheist does not cut it because Jesus (God) is THE ATHEIST (Isaiah 44:6).

Every man who claims to be atheist should shake off the unseen influencer, strike their chest to activate the word that our Makers burns in our heart and listen so that we can come to the realization that we, men, are gods made at the image of our Gods (Elohim) who is knocking at our heart to allow Him in. For reasons that we do not know, Jesus may not force His way into our heart. We must choose to crank our heart to initiate the spark of contact with Jesus. Until we crank up our heart, there is no way that we can become cognizant of our abyssal foolish ignorance of our essence.

We are brothers of YHOSHUA MESSIAH YHWH ELOHIM (JESUS CHRIST THE LORD GOD)! That is why God the Father gave Him to as the only acceptable ransom to redeem us and raise all of us with good will to believe His Son, our Brother, from our disobedient stupor so we can become immortal gods with Them. Jesus reveals all of that to those of us who can hear Him in the Bible and from our heart.

Nevertheless, our Makers give credit to any one of us who exhibit love and good behavior, whether you believe or not (Romans 2:14-15).

Not all of us, believers, and so-called atheists, can hear the voice of Jesus in the previous paragraph (Luke 10:22).

2 Corinthians 4:3-4 ASV
(3) And even if our gospel is veiled, it is veiled in them that perish:
(4) in whom the god of this world hath blinded the minds of the unbelieving, that the light of the gospel of the glory of Christ, who is the image of God, should not dawn upon them.

Romans 2:13-16 ASV
(13)  for not the hearers of the law are just before God, but the doers of the law shall be justified:
(14)  (for when Gentiles that have not the law do by nature the things of the law, these, not having the law, are the law unto themselves;
(15)  in that they show the work of the law written in their hearts, their conscience bearing witness therewith, and their thoughts one with another accusing or else excusing them);
(16)  in the day when God shall judge the secrets of men, according to my gospel, by Jesus Christ.

Colossians 1:19-23 ASV
(19)  For it was the good pleasure of the Father that in him should all the fulness dwell;
(20)  and through him to reconcile all things unto himself, having made peace through the blood of his cross; through him, I say, whether things upon the earth, or things in the heavens.
(21)  And you, being in time past alienated and enemies in your mind in your evil works,
(22)  yet now hath he reconciled in the body of his flesh through death, to present you holy and without blemish and unreproveable before him:
(23)  if so be that ye continue in the faith, grounded and stedfast, and not moved away from the hope of the gospel which ye heard, which was preached in all creation under heaven; whereof I Paul was made a minister.

Isaiah 44:6 ASV
(6)  Thus saith Jehovah, the King of Israel, and his Redeemer, Jehovah of hosts: I am the first, and I am the last; and besides me there is no God. 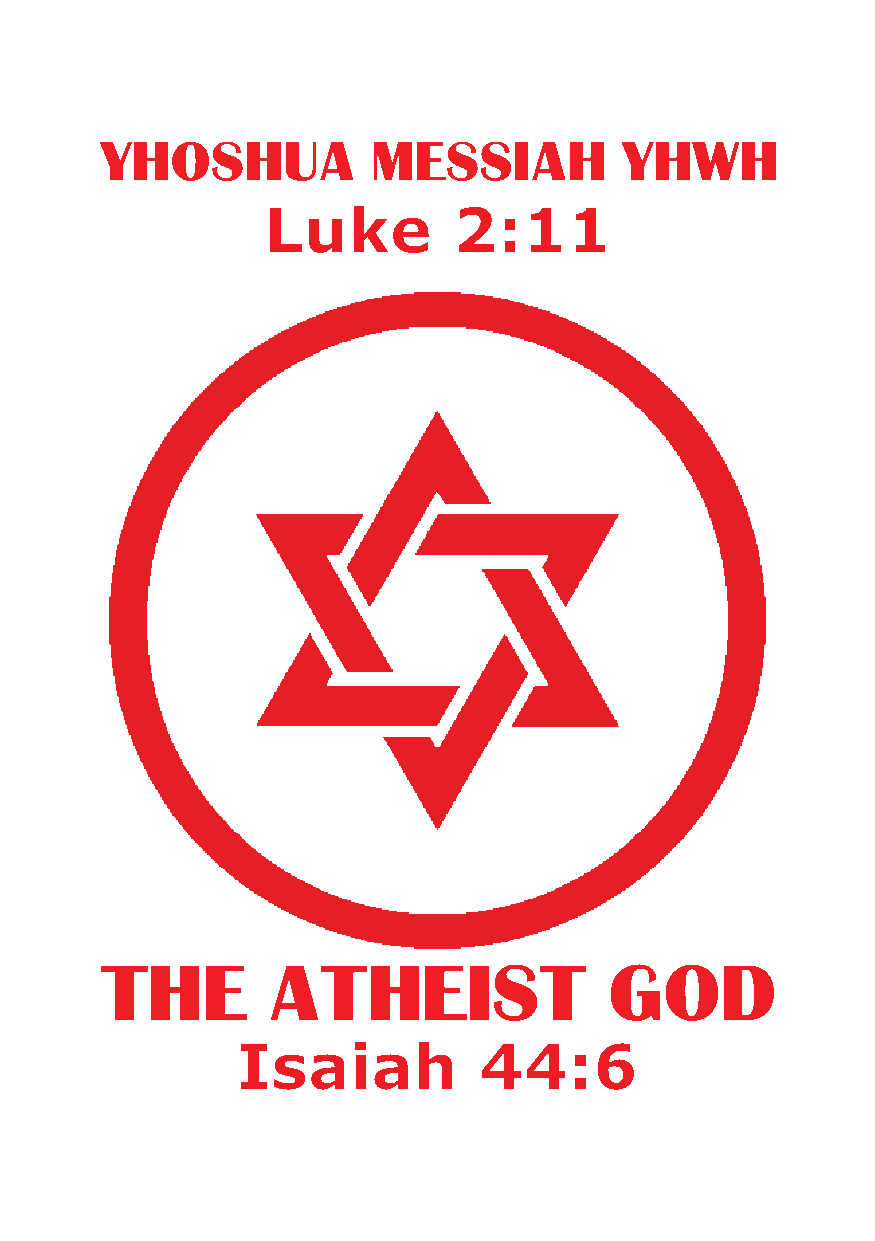